By now everyone knows what bitcoin is. Almost as many people know you can mine bitcoin with your computer.

Like any good mining rush, some early adopters made it big and everyone else has been chasing the ghosts of a fortune.

If you could mine a crypto currency in the cloud for less than the cost of renting those servers, you could scale up nearly instantly and make a similarly sized pile of money.

Using the cloud for crypto-currency mining has long been the dream of miners, but it never really works. Forget that, let’s throw caution to the wind and see for ourselves. A couple of factors led me to experiment if it would work again with the following considerations:

Once the CUDA machine was up and running with CudaMiner it was time to get it benchmarked: 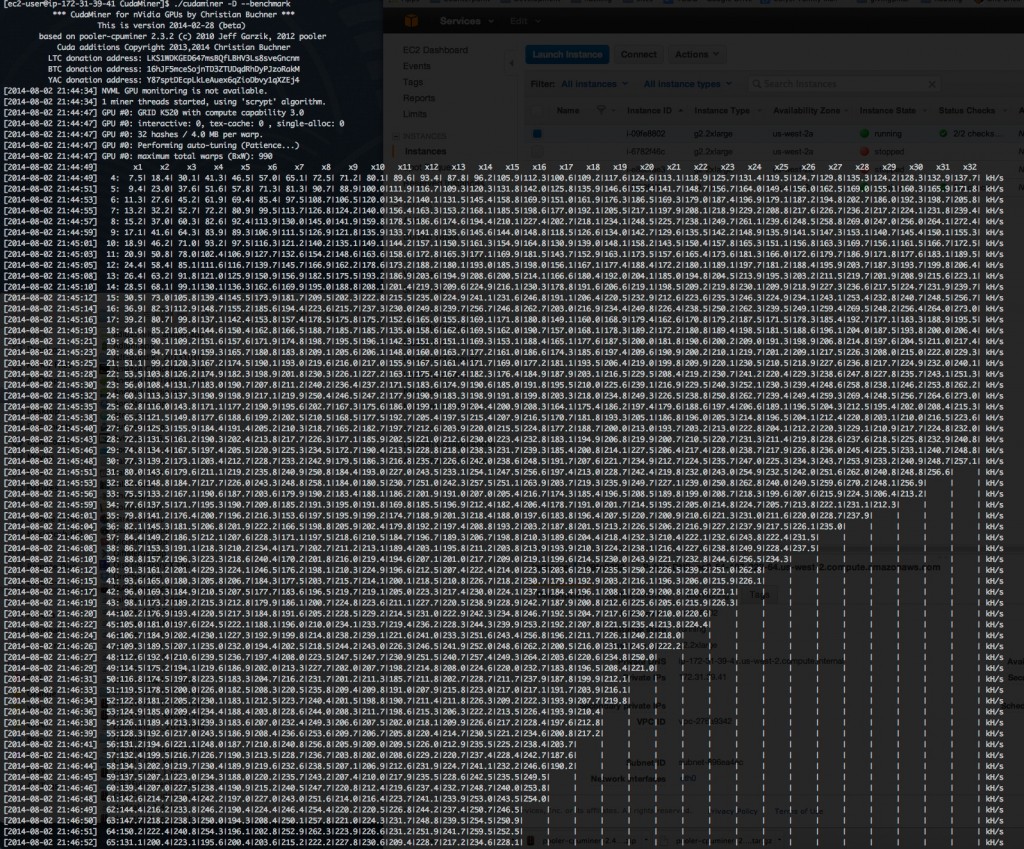 Then it was time to let it go: 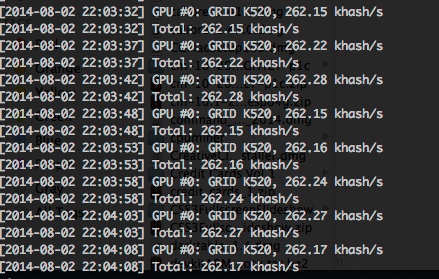 When discussing the price of crypto-currency, we nearly always determine effectiveness against the current price for them or running price. However their fluctuation means that if you believed there would be a change in price in the future of these prices you might be willing to invest more mining them. I believe that is the reason mining crypto currencies has continued to be popular.

Looking at how slow these miners were though, you would have to expect orders of magnitude increases in prices for it to be worth it.

If you’re so inclined, here’s a snap of the history that it took to get running:

Does it make sense?

If we’re getting 260khash/s and AWS costs $.65 per hour for a GPU instance, plugging those numbers into current value calculator, we get a value of $.001 per hour. 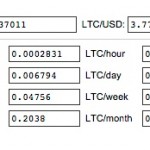 I also tried using the free tier as I had originally thought this could be a good avenue. It was more than an order of magnitude slower, meaning that you would be pulling in less than $.0001 per hour (and there is no cloud space even close to that cheap).

If you look at a graph of the difficulty of litecoin:

You’ll immediately notice insane growth in difficulty. Basically, starting in May, Litecoin has turned into the arms-race that directly mimics what happened with Bitcoin.

TL;DR: It might have made sense in early spring this year to attempt to mine Litecoins with either a CPU or desktop GPU, this is no longer true. Barring huge decreases in difficulty and increases in prices, this is unlikely to reverse.